Mujer de negro –Woman in Black– is a project by D-due in collaboration with 90_20 that will be shown at MAZ, Museo de Arte de Zapopan, from May 7th 2022

In a way, there is always a woman in black occupying a singular space in our imaginations. In the case of Galicia, these women have been in themselves a social phenomenon for generations. Surviving their husbands entails a transformation of identity that involves donning the color of the crow. Receptacles of ancient wisdom, guardians and administrators of the oral traditions of the Galician people, they have given up the enjoyment of abundance and accepted the color black, constituting a sort of memento homo. Shamanic figures intrinsic to the Galician countryside, they represent an unmistakable sign of regional identity, rooted in immemorial traditions where joie de vivre walks hand in hand with an awareness of one’s mortality.

The chromatic qualities of charcoal and ash, as well as their symbolic resonances, have been essential to the conceptualization of the tapestries presented in the exhibition space. In many places in Galicia the communal tradition of celebrating the feast day of Corpus Christi remains alive, with tapestries of flower petals laid down on the streets of local neighborhoods. The tradition is a work of precision, in which carefully calculated ornamental designs lend continuity, through the shell of custom, to ancestral forms. The ritual is connected with the practice of embroidery, a form of handiwork in which the sensibilities and esthetic criteria of all those who have contributed to the practice in the past are transmitted to the world by the artisan, able to inherit them, perfect them, and then hand them on. 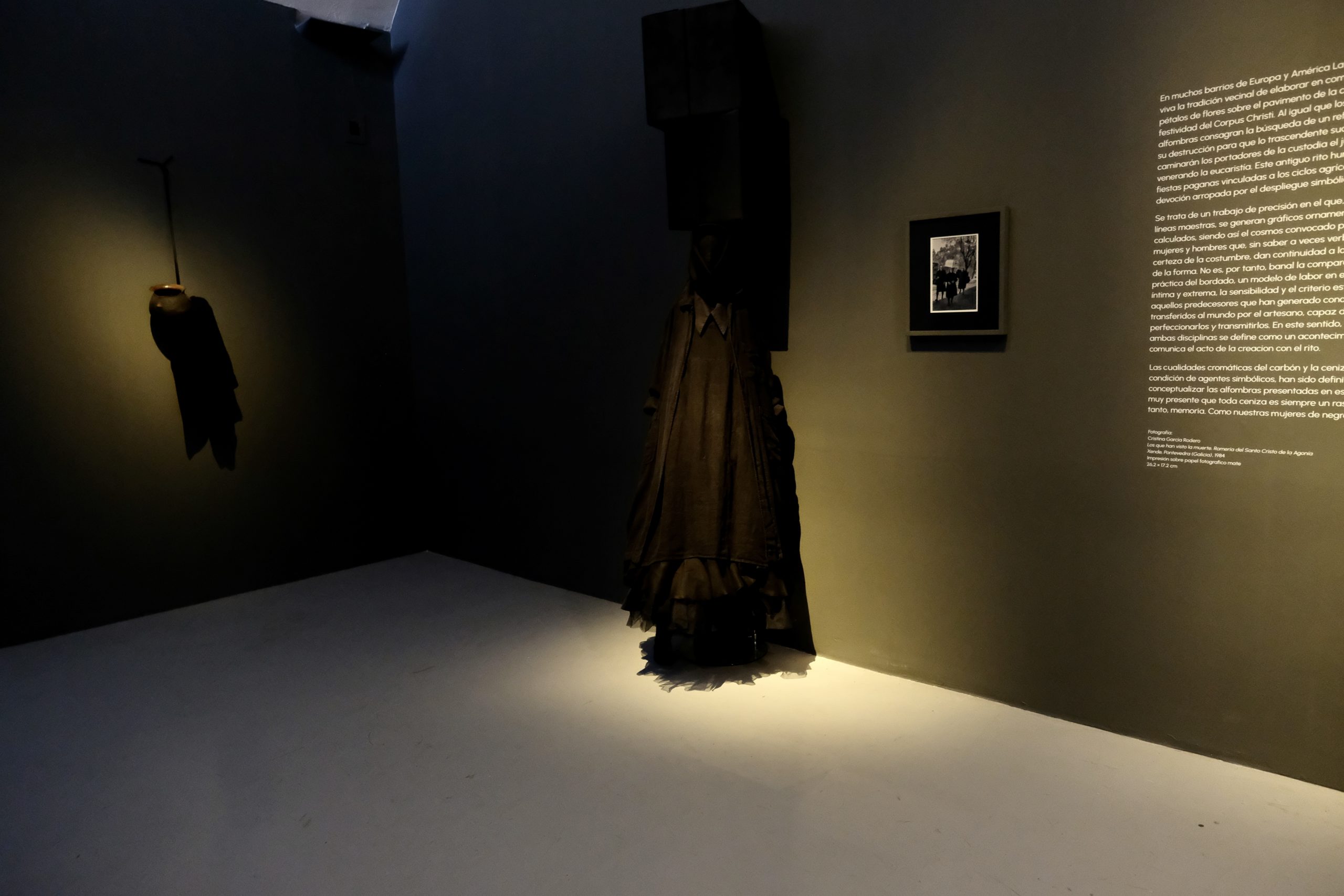 Exhibition at the MAZ. The project ‘Woman in Black’ will be presented on 7 May at the Museo de Arte de Zapopan, through a talk in which Charo Froján and Alfredo Olmedo will address the theme of pattern making and the visual language that characterises the D-due brand.

This will be followed by the opening of the exhibition that occupies two of the museum’s rooms. The chromatic qualities of charcoal and ash, as well as their condition as symbolic agents, have been definitive in conceptualising the installation, which will remain open until September. 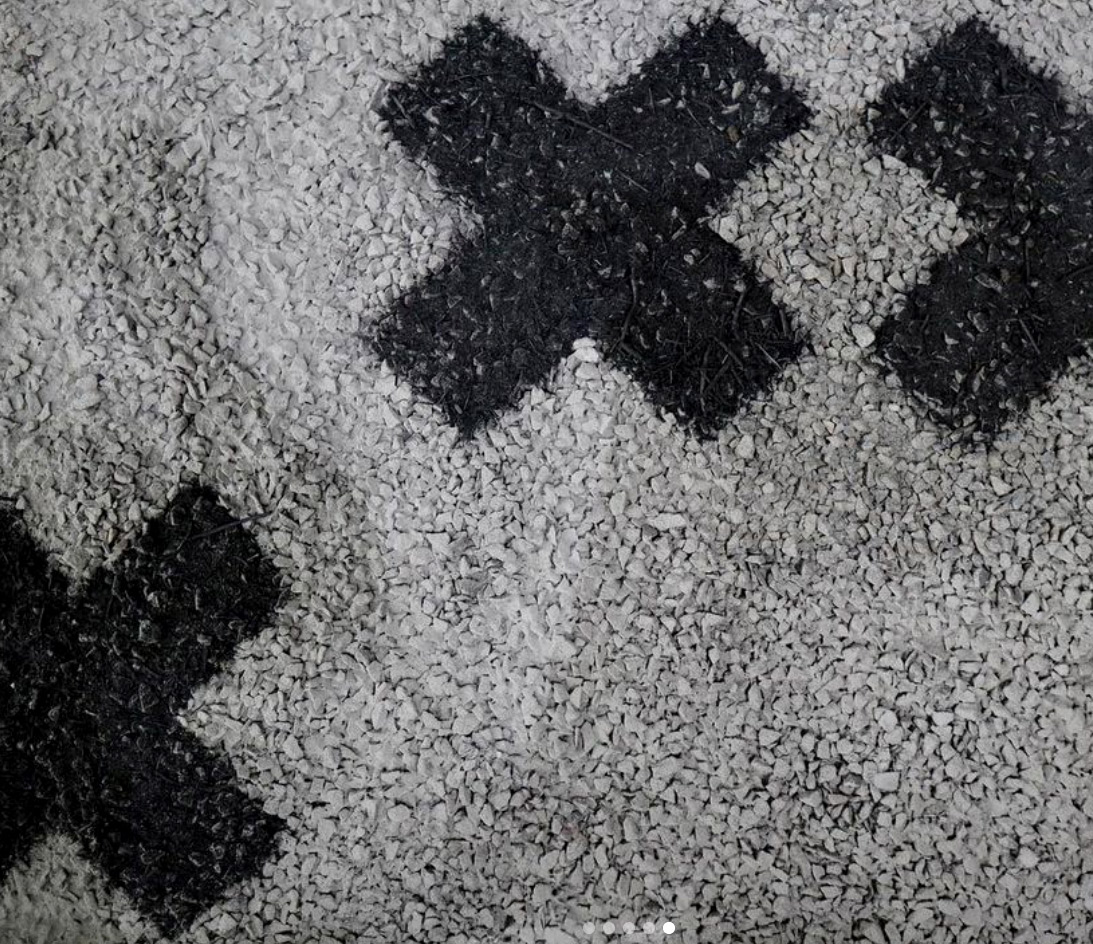 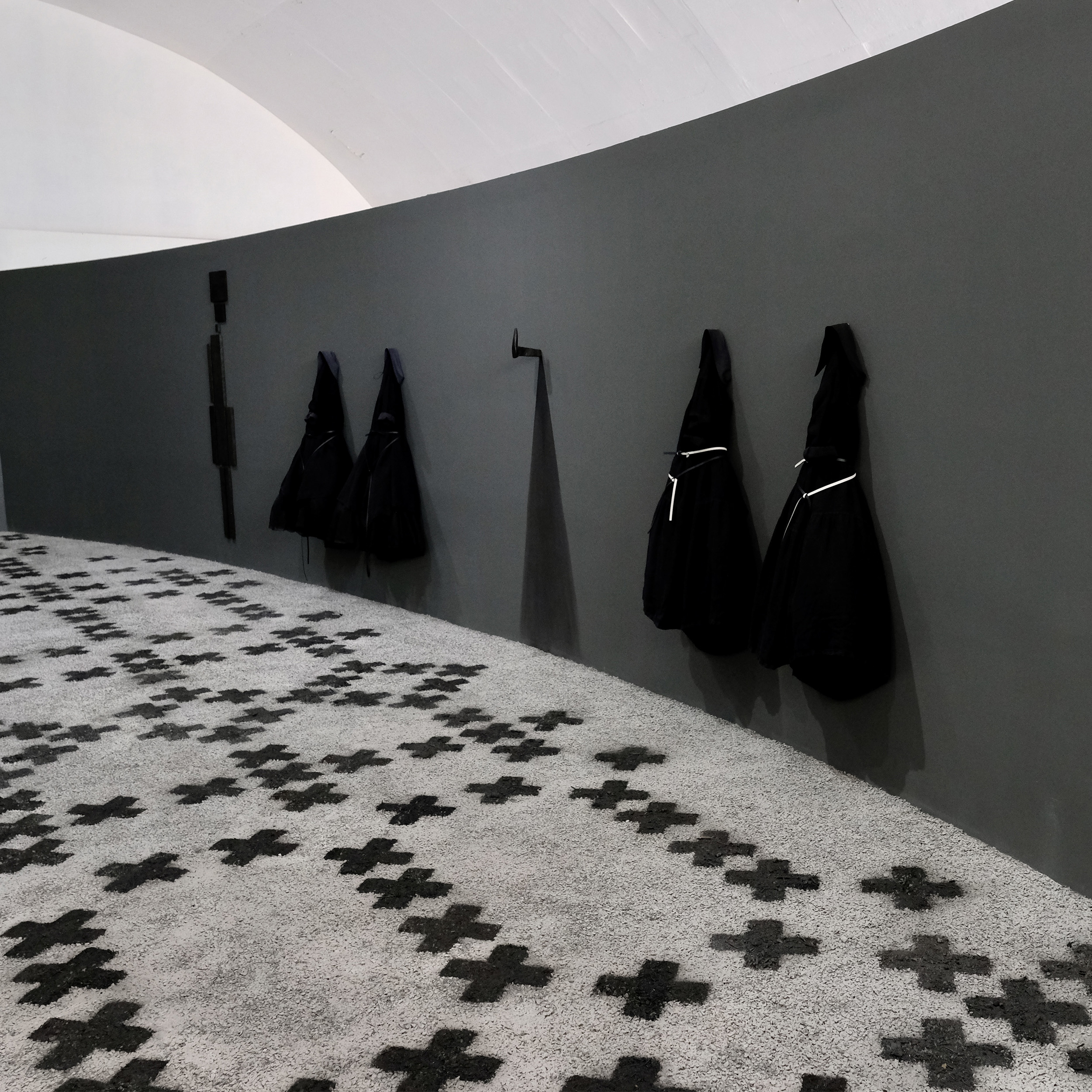 90_20 is a transdisciplinary platform for cultural productions. The name alludes to the distance on a straight line between Spain and Latin America. 90_20 connects the two sides of the Atlantic, helping to develop interdisciplinary projects that foster collaboration within the fields of contemporary art, architecture, design, music, and technology.

MAZ, Museo de Arte de Zapopan, is a contemporary art museum located in the historic centre of this Mexican town in the state of Jalisco. Inaugurated in 2002 in a building designed by architects María Emilia Orendáin and Enrique Toussaint, its aim is to generate a programme with experiences that encourage reflection and learning through contemporary art.